The Last Time We Played an Acoustic Set

It was the year 2000 and life was good for the band. We had just released the blue line album. We were landing opening slots for midlevel acts like Tinsley Ellis and Gene Loves Jezebel in Atlanta and playing to packed rooms across the southeast.

We had been trying to get a gig at this trendy bar in Buckhead for over a year and finally got the night we wanted. And then…

The night before the show, our drummer Ivan – currently touring with the Baha Men ("Who Let the Dogs Out") got news of a death in the family and had to fly back to the Bahamas.

We couldn't cancel the gig. But what were we going to do?

First, we called our highly eccentric but talented friend, Michael T. Gravely, and begged him to play bongos with us.

Second, Lupo and I hunkered down in our rehearsal space and started translating as many songs as we could into acoustic-friendly arrangements.

Third, we realized we would need some caffeine because it was going to be a long night.

Fortunately, Jeff’s sister had just gotten a fancy iced tea maker for her birthday (this was pre-Keurig days, kids).

We found a handful of delicious-smelling tea bags in the pantry, tossed them into the tea machine, added ice and water – and a few minutes later we were enjoying the first of many refreshing cups of tea.

The rehearsal was a great success. We even wrote a brand new acoustic guitar song.

Jeff recalls what happened next: “It was early in the morning when the phone rang. It was my roommate’s girlfriend. She was talking and talking and all of a sudden I realized something was wrong. I dropped the phone and sprinted to the bathroom. I was feeling bad! I called Dee to see how he was feeling. He said he’d been on the toilet all morning, too.”

Turns out the tea we found was laxative tea. Between us, we had drunk two entire pitchers of it.

It was a rough day, but we recovered in time for the gig. We even performed the new song. Which was entitled, appropriately enough for how we’d been feeling, “Suicide Note”.

We’ve been working up a few acoustic arrangements for Thursday’s show at Freddy’s. Come out and join us! (We will drink no strange tea between now and then.)

Makin' Groceries in the Bahamas 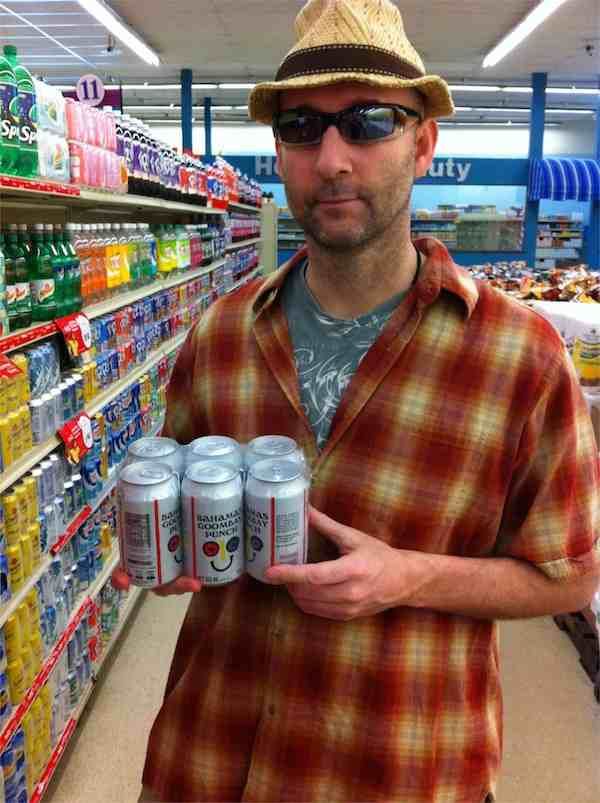 We didn't actually buy the Goombay Punch while we recording in the Bahamas (working on drum tracks for two new records coming out in 2014!). But we did sample the awesomeness of Vita-Malt, jerked chicken thighs with extra hot sauce, and lots of delicious roadside conch salad.

However, as any band on the road will tell you, when you eat new food, you're gonna need toilet paper. Fortunately, we brought a little extra cash along in case of emergencies: 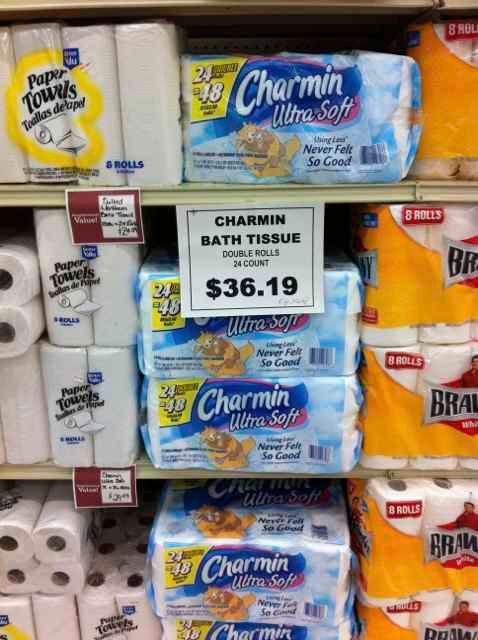 The Making of "Flint MI" 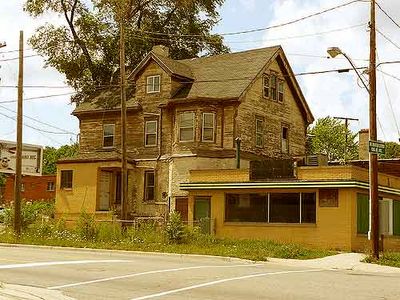 "Flint MI" - which was originally the hidden track from the 1999 version of the blue line album - just “happened” in the rehearsal room as so many of our best songs did. Pop! It was there, almost fully formed.

I was just reading this interview with Bob Dylan – one of the all-time great interviewees, when he feels like it – in which he and Bill Flanagan had the following exchange:

Bill: A lot of performers give God credit for their music. How do you suppose God feels about that?

Bob: I’m not the one to ask. It sounds like people just giving credit where credit is due.

Whether you want to call It God, the collective unconscious, the Innate (as Lupo’s chiropractic peeps do), Spirit, cosmic intelligence, or whatever – we’re basically translating from that other realm. Bringing things down to Earth.

Of course everything is filtered through the mind, heart and experience of the artist, but it’s all out there fully-formed, waiting for us to bring it through. And when I say all, I mean all of it: the good, the bad, the ridiculous and the sublime, the horribly ugly and deformed. All of those worlds are there. The hateful and intolerant as well as the kind and benevolent.

For a long time it was difficult for me to acknowledge or “own” the Mystery Train period of work because I lived in such a painful, egoic mind dominated reality during those years. I was struggling mightily, but mighty sloppily, to find my Authentic Self, to come back home to myself.

I couldn’t listen to these songs for a long time after I got sober. The pain was still too fresh and part of me felt guilty for not writing more “spiritual” or uplifting songs.

That’s ego too, of course.

Now I can look back, thankfully, and – while conscious of my limitations as a channel and as a performer – bless the world for giving me the experience of writing down those songs with those boys in the band in that converted garage in Marietta, Georgia.

So, as I was saying, Flint just came pouring out. We were jamming in the band room, working up ideas and Lupo started playing the chords to the song. I remember him being embarrassed to even play it for us, thinking it was too simple and “cheesy” – too 1980s. We always used to make fun of Lupo for his Van Halen-inspired guitar pyrotechnics (mostly because we were jealous none of the rest of us could play it, I’m sure) and at the time we were writing the songs on The Blue Line, “80s “ was synonymic for cheesy, self-indulgent pop like Def Lepard, late-period Brian Adams, Phil Collins, Poison, etc.

After one take through the song, Lupo and Brady (the bass player) immediately rejected it. But I had heard the words coming through me as I sang them and I fought for the song. I didn’t have any notes worked up on the song before starting to sing – I’d never heard the riff before – I just opened my mouth and this whole story came flowing out in one take.

We used to record all the band practices through Lupo’s old PA onto cassette tapes (remember those?) and I made Lupo give me the cassette. A few days later I drove over to Charleston, SC for the weekend. Brady’s dad had a house there and it was only a four or five hour drive from Atlanta, so sometimes I’d escape to the beach for the weekend if I had the money for gas and beer.

I drove out to the seawall in the old town part of Charleston and popped the cassette into the cassette deck in my car.

(I think I was driving the forest green Ford Taurus then; my previous car was an old Audi I’d bought from Brady for 400 bucks. It used to overheat and stall out in rush hour traffic on I-285 when I was working as a copy editor for an engineering trade journal in Dunwoody and living with Brady and my brother in RuPaul’s former apartment down on Juniper Street in Midtown. We were sitting up on the roof one Sunday drinking beer when Dave said, “Hey bro, isn’t that your car?” I peered over the edge and, sure enough, there was the Audi, tilted at a jaunty angle on the back of a flatbed tow truck, rounding the corner onto 10th Street and heading out of my life. That job had just ended and the old Audi wasn’t going to make too many more trips without stranding me in the middle of the Interstate anyway. So we toasted her service and right there on the roof I let her go – if only letting go was always so easy!)

It was one of those moments where you think you’ve got something good, you’re pretty sure, but the people around you have planted doubts in your head and you’re thinking – what if I’m fooling myself? You don’t want to be disappointed. But finally I fast forwarded to the song and pressed play.

And it really just blew me away. I listened all the way through and then I got out my Steno pad – because I write like a lefty, I prefer flip-top Steno pads; I have boxes of the filled-up ones lying around the basement – and wrote down the lyrics word for word.